Molida Akhter, saviour of 45 endangered residents of Goynar Potol char, is recognised for her contributions as a volunteer

On a day marred by heavy rainfall in July 2019, char Goynar Potol—a sedimentary island at the heart of the Brahmaputra River, was devastated by extreme floods, with homes swept away by torrid river currents. Molida Akhter, a 19-year-old flood volunteer trained by Friendship, had sprung into action, using a raft made of banana trees to rescue vulnerable members of the community, especially children, the elderly, pregnant women and persons with disability, and transporting them to a temporary shelter built on a higher ground next to her home. Her efforts saved 45 lives on that day.

On August 22, 2022, Molida was rewarded for her heroism by being selected as a recipient of the Inspiring Women Volunteer Award 2022,an annual prize given to fifteen women to recognise and promote the invaluable contributions of women volunteers in Bangladesh, towards gender equality and community development. The campaign was initiated in 2021 jointly by United Nations Volunteers Bangladesh, Voluntary Service Overseas Bangladesh, Plan International, UN Women and Action Aid Bangladesh.

The prize giving ceremony was held at the headquarters of the Local Government Engineering Department (LGED) in Agargaon, Dhaka in presence of high government officials, UN entities, non-government organisations (NGOs) and other stakeholders. Chief guest Md. Tazul Islam MP, minister of Local Government, Rural Development and Co-operatives, handed out crests, medals and certificates to the awardees.

“I am very happy to receive an award for my work,” says Molida. “This is a matter of pride back home. My parents are extremely proud of what I have achieved and want me to continue with the good work. The praises and response I am getting will inspire me to keep contributing to humanity and work for vulnerable people who need assistance.”

According to Diya Nanda, deputy country representative at UN Women Bangladesh, women take up around 70 percent of volunteering work globally. “Women are more likely to volunteer in social and healthcare services, particularly unpaid care work. Despite systematic challenges, unfavourable social norms and structural inequalities, these women and girls continue to demonstrate incredible passion and leadership through volunteerism for development across the world.”

During her speech as a special guest, Alexandra Berg von Linde, ambassador of Sweden to Bangladesh, stressed on the significance of volunteerism in advancing and improving societies and in promoting gender equality. “When women are given the equal ability to contribute, it is good for the family, for the community and for sustainable development in general,” she said.

The youngest of three children—a sister, a brother and herself, Molida was born into an underprivileged family in a remote riverine island. Her father, a farmer, would struggle to make ends meet. Due to a recurring back injury, he eventually had to stop working, conferring his farming duties to his only son. Yet, Molida was determined to keep learning, and went on to complete her intermediate education. She stepped forward to be part of Friendship’s flood volunteer group, vowing to play an active role in response and rehabilitation activities and rush to the aid of victims during disasters.

Before saving lives of people in her community, Molida herself was a survivor. “I was plagued by a range of diseases—malaria, tuberculosis and a host of others. I was not expected to survive. My father exhausted all his resources—his savings from years of agricultural work and sold the majority of his land to fund my treatment.”

Empowered by the recognition, Molida vows to keep contributing to the welfare of her society and its people. 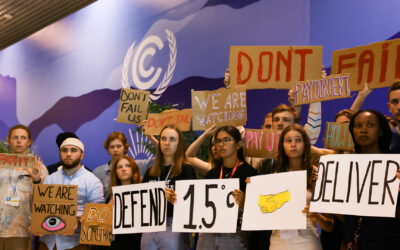 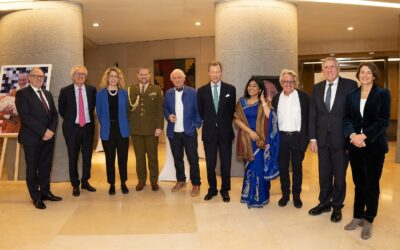