Selfless till the End

In March 2020, when factories shut down overnight as the country went under lockdown to combat Covid-19, it cut millions of daily wage earners from their incomes. Watching hundreds of unemployed people return from the cities, the community in the remote river islet of Shikarpur saw a disaster looming. Almas Hossain saw something else, however: an opportunity to help people.

Almas Hossain grew up on this landscape of shifting islands, far away from infrastructure, access or services. In this northern corner of Bangladesh, most households generate a significant portion of their income through labour work in cities.

Almas Hossain, a Friendship Community Paralegal in his late thirties had spent the years helping people in his village of Shikarpur realise their rights, privileges and protections under the law. He would spread awareness about legal matters, endeavour to eliminate child marriage, stop exploitation, and arbitrate conflicts. He was a favourite with children and the elderly alike, making friends everywhere he went and striking up lively conversations with anyone he was introduced to. Consequently, Almas Hossain had not only an intimate knowledge of the socio-economic circumstances of his own village, but of several others in the area, and a professional experience in dealing with them. Almas was the most often the one to volunteer for the hardest tasks, and found to have pre-emptively made calls and visits before he was asked.

When the global pandemic hit, he observed that poverty is relative. There are those who are poor, even amongst the poor. There were those who had some semblance of wherewithal; savings, a source of income, property—and those who had absolutely nothing, not even a morsel of rice. Almas, passionate about justice and fairness, never stopped short in looking out for people. He was in the process of drawing up and leading a legal team in the surrounding chars, when SARS-COV-2 hit his community.

Almas put this knowledge, network and expertise to action, and approached his supervisors with a new idea. What if the people who could spare some food, even a handful, could give it to those who were literally starving?

And so, he connected his colleagues at Friendship’s Inclusive Citizenship sector to his network of community members—local elders, community leaders, clerics and the relatively better off to see what could be done. Very soon, a foodbank programme was up and running. Donations of food—as little as a fistful—were collected, aggregated, sorted and distributed through locations that were strategically chosen for their familiarity within the community, and logistical convenience. Almas laid all the groundwork—calling upon people, convincing them, setting up meetings and figuring out the logistics and costs. Eighteen clerics agreed to use their mosque premises for distribution. The first batch saw food distributed to 80 people who were in very dire straits.

This redistribution of what may seem scant resources saved hundreds of families from starvation. The programme was so successful, that it was replicated across the chars of Kurigram district by other community paralegals. Almas Hossain’s instrumental proactiveness in the Friendship Food Bank programme in the summer of 2020 became a success story that was a ray of hope during a very dark period.

Now, almost a year later, with nations opening up and vaccines rolling out, Almas Hossain is no longer around to see the fruits of his labour. In the early hours of February 24, he suffered a massive stroke that he succumbed to almost immediately. Survived by his wife, 5-year-old son and 3-year-old daughter, he now lives forever in the hearts and minds of those people he selflessly helped.

Almost every single person from his village of Shikarpur in Rajibpur came to his funeral, as well as others from surrounding islands. There was an unofficial day of mourning, where everyone refrained from doing anything else, but sharing their memories of a young man who was loved amongst them all. 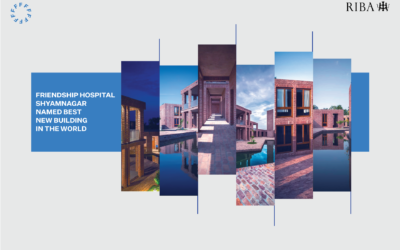 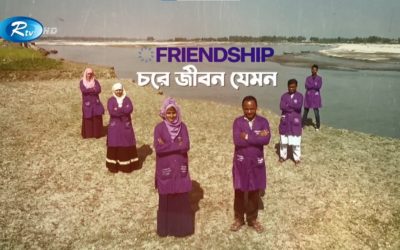 New series premieres on RTV on life and Friendship's interventions for the communities on deltaic river islands https://youtu.be/xGmODL5D5N8 FRIENDSHIP NEWS DESKJanuary 19, 2022 The first episode in a TV series titled Chare Jibon Jemon, about life in the char (river... 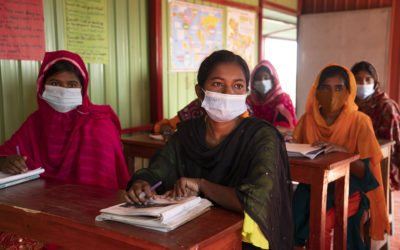