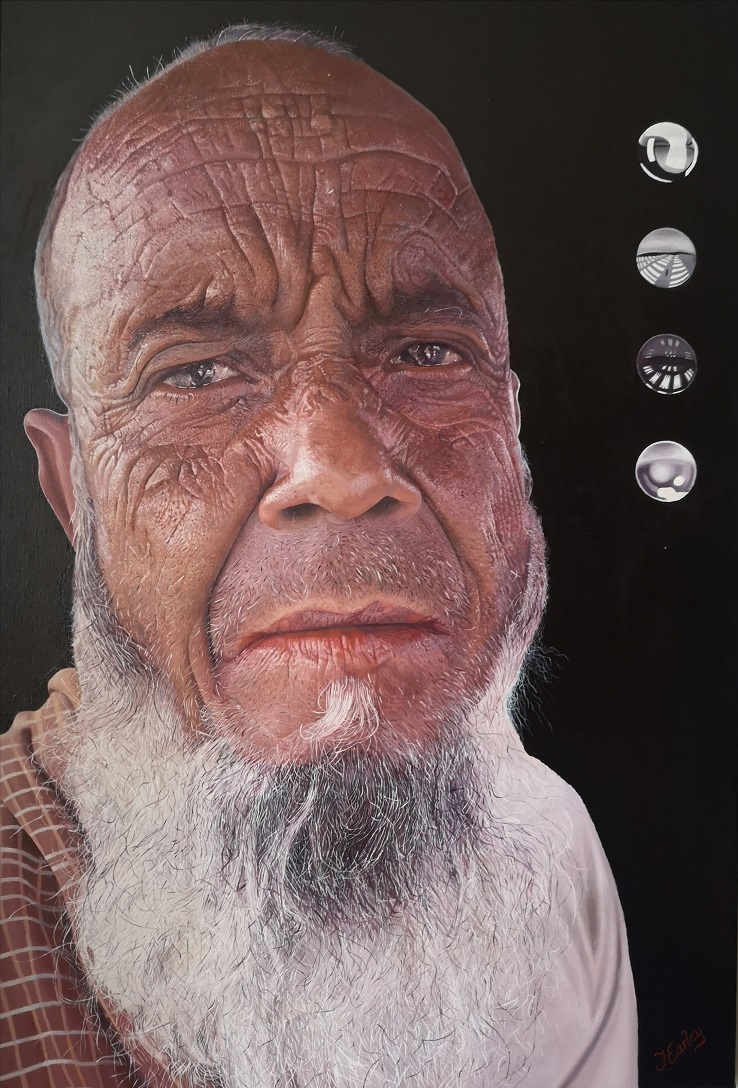 I met Yasin Ali on the remote and isolated island of Adorshogram Char. Yasin is 66 and like many of the elderly residents of these islands he had suffered with cataracts. Previously it was extremely difficult to have this condition treated because it was such a long and difficult process to get to a hospital on the mainland and such trips proved too expensive for many of these residents so when Friendship started to introduce floating hospital ships that proved far more accessible to the local community many of the residents were able to get their conditions treated. Yasin was one of many residents of Adorshogram Char who had finally had his cataract treated.

He spoke to me at length about his operation in 2021 and the continuous after care service that he had received since then. I tried to imagine how frustrating and worrying it can be for those suffering with cataracts knowing that such a condition can be treated yet also knowing that it was very unlikely that they would receive such treatment. The hospital ships that were introduced by Friendship provided the community with hope, help and reassurance. I wanted to show the emotions of hope and resilience in my portrait of Yasin.

I wanted to create a painting that explored every wrinkle on the face of Yasin and every line of stress and anxiety against a background of darkness and yet these defined spheres glow in the foreground reflecting the definition of his eyes and the certainty that Yasin’s condition is now improving and ultimately casting a ray of light and hope on Yasin. I wanted also to show a sphere with various pathways with Yasin on one of these paths, a path that was now clear and definite.