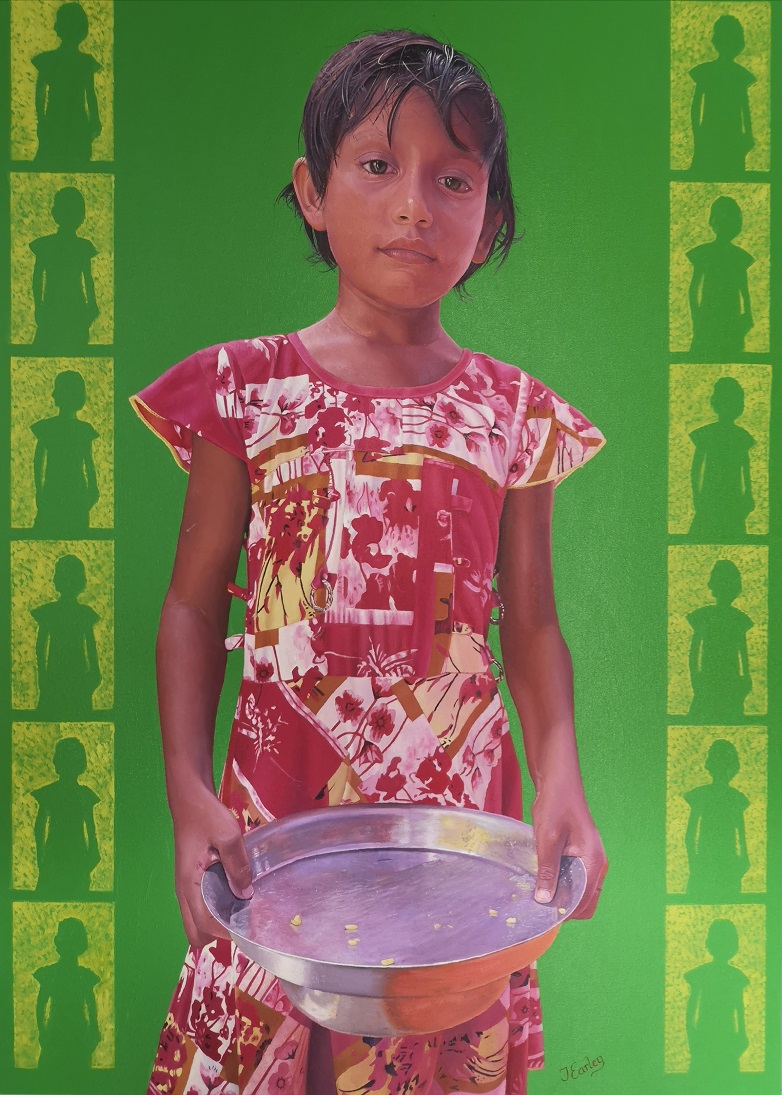 My visit to Nakna village was an incredibly interesting and inspirational experience. This village being on the south coast of Bangladesh was on the front line for climate change disasters. Flooding and cyclones were becoming more and more frequent and the community together with Friendship were doing all they could to try and improve the situation. One such improvement was the introduction of satellite clinics. These clinics were vital as previously no health care was available in such a remote and isolated region. Once every month Paramedics would come into the village  and they would check the height and weight of the children as many were malnourished. Friendship  have introduced a nutrition programme to help combat this problem and the Paramedics would show the community how to cook locally produced food and how to introduce a varied and healthy diet with the food that is available at an extremely low cost.  It was during this nutrition programme that I met Tajmira Akter. Tajmira had just helped feed the eighty or so children at the clinic and was just about to wash up the empty bowl. This was an example of how the whole community working together with Friendship was invested in this programme.

The Paramedics were part of the community and had been trained to such a level that they could prescribe antibiotics, they could provide vitamin combinations to the malnourished children  and they could also refer patients to the mainstream hospitals.

The Satellite Clinic also focused on pregnancy and child birth. Pregnant mothers would now have 4 check ups during the pregnancy  where they would be weighed and tested for diseases such as diabetes and they would be encouraged to give birth at the hospitals rather than at home which could be more dangerous. Friendship would also provide financial support if emergency transportation to a hospital was needed. At the start of this venture few mothers would use this clinic but now as of 2022  95% of pregnant women do use this service.

This was an amazing experience that showed that despite all the problems that this community was facing they would not give up and together with Friendship they were doing all they could to remain healthy in this extremely difficult environment.