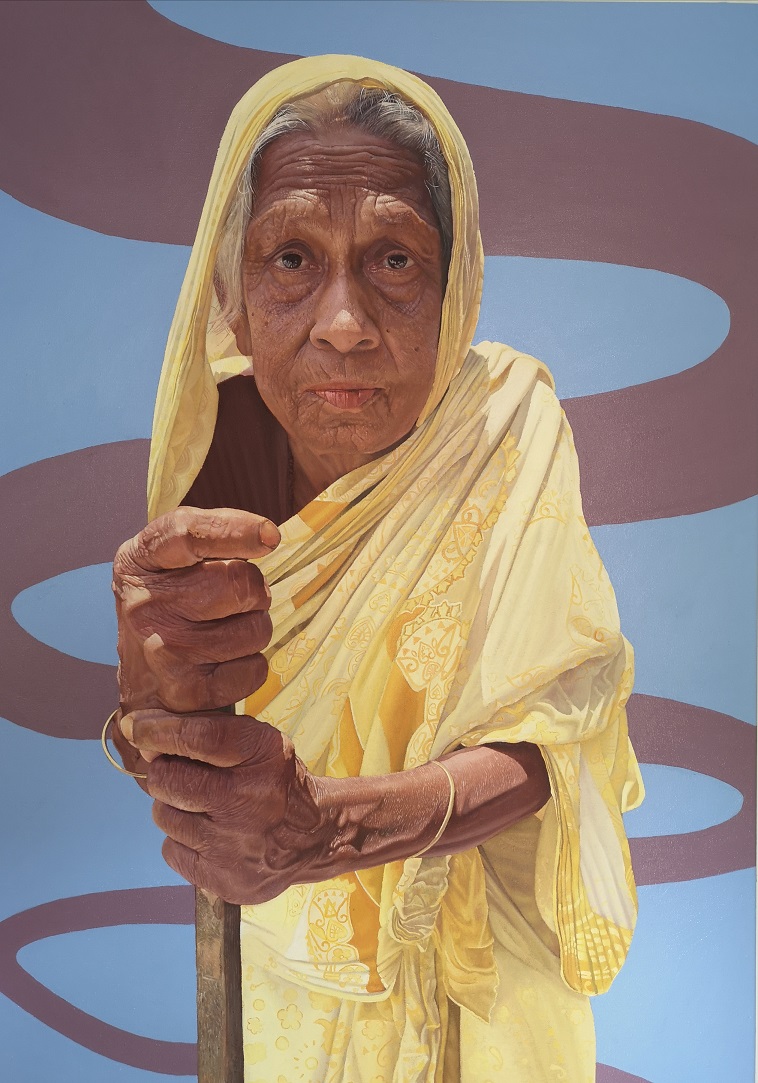 It was my last day in Southern Bangladesh and I was to spend the day in the coastal village of Nakna. Nakna had been the eye of the storm of recent cyclones and Friendship and the community were working together to put measures in place to reduce the impact of the cyclones. These cyclones were catastrophic both in the short and the long term. The community would often lose their homes, their land and livestock during the floods and the salt water would leave the land very difficult to use for planting traditional crops therefore destroying the livelihood of the people.

In April of 2018 the community and Friendship planted the first mangrove trees in this region and by the time that I was there they had already planted 100 hectares with the overall aim of  planting 150 hectares of mangrove trees. The mangrove trees give vital protection against the cyclones and floods strengthening the river banks and protecting the villages. I was introduced to Shumarani who was with her colleagues packing the mangrove seeds in small brown bags in preparation for planting. Every stage of the project funded by Friendship was engineered by the community.

The village was a hive of activity. As I entered the village I saw a line of people receiving ducks that were provided by Friendship, these ducks would provide the community with eggs. The community were given livestock training so that they could look after the ducks and goats that were provided by Friendship. I saw gardens full of vegetables and learnt that Friendship provided the community with seeds so that they could plant crops in this difficult terrain, seeds that could cope with the salinity of the soil.

As I walked through the village I could sense the fear of the cyclones and floods but I could also feel the energy of the people as they fought back, they had no other option, they could not give up as they had no where else to go and every member of the village seemed to know exactly what to do to try and make the situation as bearable as possible. Friendship had funded the projects and most importantly had empowered the community with knowledge, a clear and defined structure and trust, trust that the community with all their knowledge would put all these measures into practice, trust that the community knows best. It was this partnership that seemed to produce this powerful energy.

I will never forget my first impression of Kaud Banq an 85 year old lady standing proudly outside her house supported by a wooden walking stick dressed in a beautiful yellow robe. She was surrounded by her family and had lived in the village all her life. I wanted to know from Kaud how climate change had impacted the area and was told that 60 years ago cyclones were extremely unusual, they gradually increased to about once every two to three years and more recently accelerated to two to three times per year. The situation was getting more and more difficult but Kaud and her family were defiant.

I knew as soon as I saw Kaud that I wanted to paint her. Every wrinkle on her face told a story, her eyes showed her wisdom, her hands clutching tightly at the wooden stick that supported her showed her strength and her beautiful saree showed her pride and dignity. I wanted to create a back ground that would show a path way that instead of looking smaller in the distance as It disappeared in the horizon had the opposite affect, the pathway was getting narrower and narrower as it pushed its way into the foreground. This path that Kaud had taken for 85 years was wide and abundant in her childhood but as climate change gradually impacted the pathway got narrower and narrower as the water level increased. Kaud now stood near the end of this narrowing path surrounded by water.