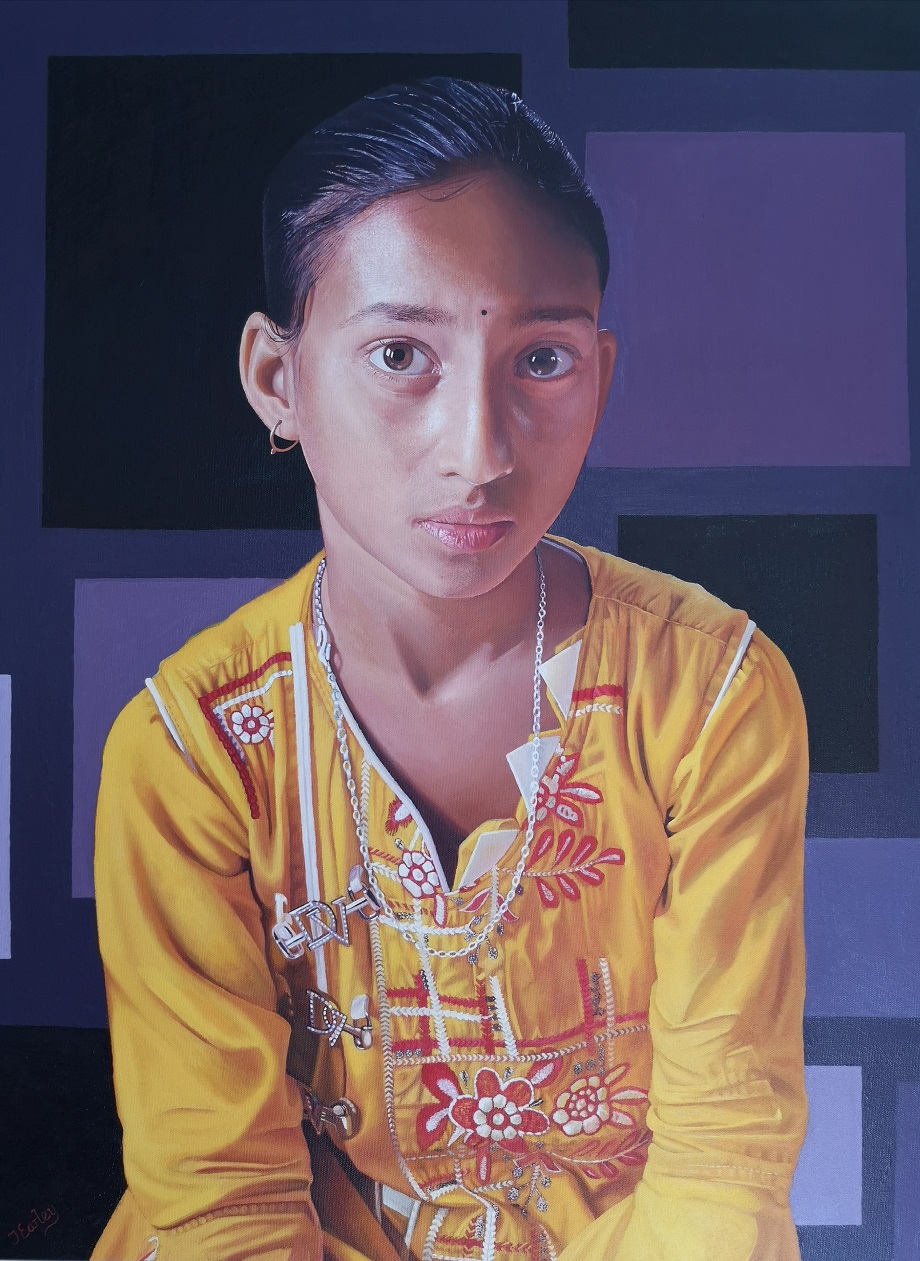 The 11th May was a busy day for me. I was to visit three islands Porar Char, Vatiburail Char and finally Nawshila Char. It was in the last island of the day Nawshila Char that I visited a school that had been built by the community and Friendship. The islands in Northern Bangladesh were so remote and isolated that it was almost impossible to send the children to mainstream schools so www.friendship.ngo had embarked on an ambitious plan to build schools on these islands. These schools were built in such a way that they could be dismantled if a flood destroyed the village and then re-assembled on another island.

The school consisted of 83 secondary school students and 140 primary school students. I first entered the secondary school classes and I asked the students what they wanted to do when they left school, Runa replied back to me in perfect English that she wanted to be a Doctor and her friend who sat next to her also wanted to be a Doctor. I was struck by how happy the students were and also how determined they were to learn as much as possible and this determination and gratitude was also shared by their parents who wanted a bright and open future for their children. I then approached the primary school classes and I could hear the children rhyming in unison as I got nearer. As with all the schools that I was to visit this classroom was full of colour, joy and pride and I felt honoured and humbled to visit this class. I was introduced to Fatema Akter who sat on the floor with all the other students wearing a beautiful yellow dress. She told me that she had a brother and sister and that her ambition was to travel one day and to become an English teacher.

The schools followed the mainstream Bangladesh curriculum and from the age of three they learnt about climate change. The teachers told me with pride that some of their previous students were now in universities in Dhaka the capital of Bangladesh.

The difficulties of living in an island that is constantly flooded was explained to me by one of the students of the school Shahanaj Parvin. She told me that back in 2017 a particularly bad flood had destroyed their home and their farm land. The family eventually found another home but without farming land they had lost their income and so the Father was forced to leave the family to work in Dhaka.The family was split apart because of the floods. When Shahanaj’s brother graduated from school he also went to Dhaka where he was actually trained by Friendship and furthered his education. Shahanaj’s father is now back in Nawshila and is living with the family again. They all speak of the pride that they have for Shahanaj’s brother.

The aim of Friendship is to empower the community, its aim is to provide the community with a framework and guidance and then see the local community put all their skills together in this system to flourish. The school is a perfect example, the children are flourishing, the parents are proud and the world has got bigger and more exciting for these children. There are so many things that the schools encourage, for example the pupils have made a beautiful garden and also every month they focus on a different ethical emotional. The month that I visited they were studying empathy. I was so proud to have met these children and the memory of the children singing will stay with me forever.