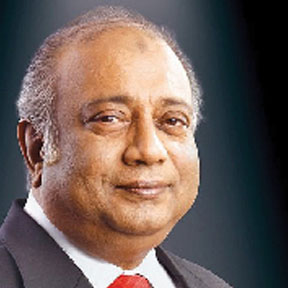 Muhammad A. Ali joined Bangladesh International Arbitration Centre (BIAC) as Chief Executive, having started his career with ANZ Grindlays Bank in 1975 after completing Masters in Economics from the University of Dhaka, later appointed CEO of the Bank’s Bangladesh operations.

In 2000, ANZ in Bangladesh was taken over by the Standard Chartered Group, and Rumee Ali continued as the CEO, Bangladesh of the combined operations of the two Banks. In November, 2002 he joined Bangladesh Bank as Deputy Governor. From January, 2007 Rumee Ali served as Managing Director, Enterprises & Investments at BRAC as Chairman of BRAC Bank Ltd. and Founder Chairman of bKash Limited. He is a member of the Technical Advisory Committee of the Bangladesh Investment Climate Fund; Alliance for Bangladesh Workers Safety (USA). He served on the boards of Global Alliance for Banking on Values and Performance Based Funds Initiative of IFC/World Bank Washington.